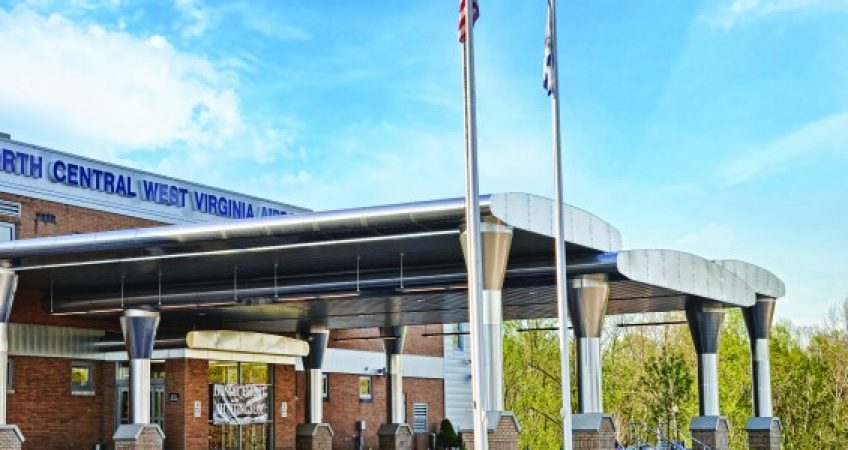 Posted by impakt In Uncategorized

Clarksburg, WV: The Benedum Airport Authority is pleased to announce a ribbon cutting event at the North Central West Virginia Airport to celebrate the recently completed terminal modification and canopy remodel. This new development was motivated by a need to update certain aspects of the terminal including the canopy system to accommodate larger vehicles.

“The enhancements we’ve made during the past several months – improved baggage service, new energy efficient windows, and the new canopy– were necessary to improve the overall customer experience. The new canopy allows for better circulation for traffic and protects customers in the event of inclement weather,” said Airport Director Rick Rock.

The canopy modification is perhaps the most noticeable improvement. The new, taller canopy allows passenger bus access underneath for protection from the elements while providing additional drive lanes for through traffic; something the former configuration was lacking. The total modifications came in just under $950,000 and were paid for by Airport Improvement Program (AIP) funds.

With the current terminal building having been constructed in the 1960’s, making use of what can be done in a fiscally responsible manner is important. “The total annual economic impact the North Central West Virginia Airport brings to the community is enormous at just over $1 billion dollars. Incremental improvements such as these will help create a positive passenger experience and grow the impact of the airport even further,” said Ron Watson, President of Benedum Airport Authority, “It’s a win-win for all.”